I recently visited Cleveland for a short family vacation that was focused on baseball, barbecue, and roller coasters. On the count of baseball and roller coasters, it was a smashing success. I was able to watch my Kansas City Royals beat the Cleveland Indians on a perfect summer night in a beautiful stadium. I also rode some of the best roller coasters in the world at Cedar Point, just an hour outside Cleveland. (The Rock ‘N’ Roll Hall of Fame and Cleveland Art Museum are also worth a visit.)

But when it comes to barbecue, Cleveland doesn’t really have a big scene. Despite being a city that is upending expectations left and right with many things to do, only a handful of barbecue places were recommended to me.

When I told other barbecue buffs about my trip, most people told me the one place I must go to was Mabel’s BBQ, which was opened in 2016 by celebrity chef Michael Symon. I’m happy to report that Mabel’s was quite good and lived up to the hype, with excellent Texas-style brisket, good pork ribs with an unusual Eastern-European-style rub, great hot kielbasa with cheese, crunchy cracklins, and tasty baked beans.

I asked Cleveland native Greg Rempe of The BBQ Central Show to join me for a meal at Mabel’s so I could pick his brain on Cleveland’s barbecue scene and ask him a few questions about his long career. Greg has been taping The BBQ Central Show live for years and currently makes the show available via podcast, YouTube, Facebook, and other platforms. 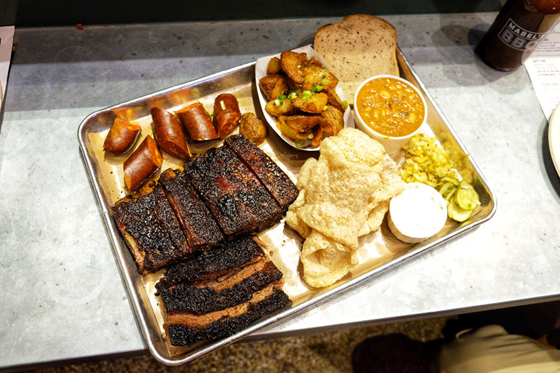 The barbecue at Mabel’s BBQ in Cleveland is worth stopping in for.

When it comes to Cleveland barbecue, Rempe agrees with the general consensus that the scene is lacking. He says there weren’t any good barbecue restaurants in the Cleveland area until just five years ago and the only three he can recommend are Barabicu Smokehouse in Parma, The Proper Pig Smokehouse in Lakewood, and Mabel’s BBQ in Downtown.

What he likes about Mabel’s is that it’s perhaps the closest thing there is to “Cleveland barbecue” because it incorporates some of the style of popular Cleveland food items and uses many local ingredients.

“Instead using a traditional jalapeno sausage or a hot gut or a hot link, this is a kielbasa sausage, which is known around here because of the ethnicity that makes up some of the Cleveland area,” Rempe told me while we were eating. “The rub on the pork ribs is different from what you’d get in Memphis or Kansas City, with coriander or sweetness, but not hot. … The beef rib has a pastrami spice on it, which separates it from other barbecue restaurants. The pickles, onions, and slaw are Cleveland-based too.”

Next time I’m in Cleveland I will be sure to stop by Barabicu and The Proper Pig to see how they stack up to Mabel’s. 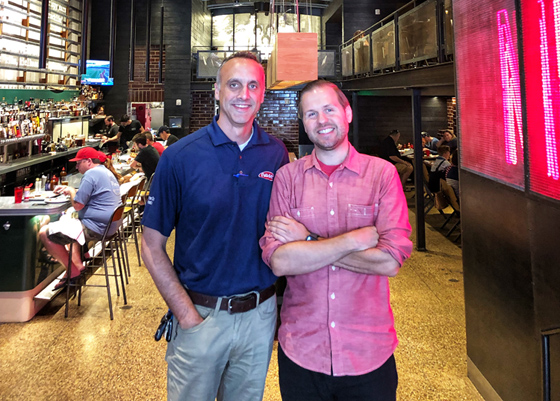 Greg Rempe of The BBQ Central Show and Sean Ludwig of The Smoke Sheet sat down to talk barbecue at Mabel’s BBQ in Cleveland.

While eating, I figured this would also be a good chance to hear more about Greg’s story and the genesis of The BBQ Central Show, of which I’ve been a casual fan for a few years.

The show and the community around Rempe was born on those forums. But someone who held a similar trademark to BBQ-For-You threatened to sue Rempe, so he changed the name of the site to BBQ Central in 2004. From there, he started experimenting with podcasting, which led him to create The BBQ Central Show in 2005. 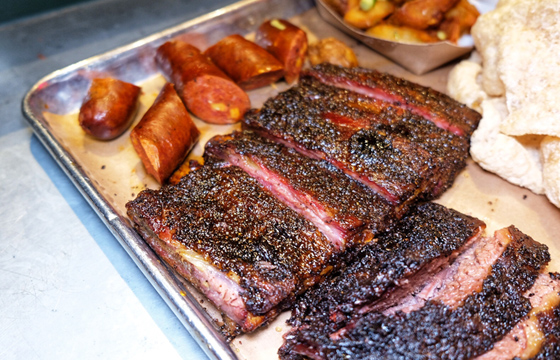 The ribs at Mabel’s BBQ were good and used a rub that I’ve never had anywhere else.

In January 2010, The BBQ Central Show moved over to a live format, with Rempe interviewing people in the barbecue and grilling industry every Tuesday night from 9 to 11 p.m. Eastern. He thought there was a chance the show could get play on radio back when it was getting started.

“A long time ago, the original goal was to get some kind of terrestrial radio syndication,” Rempe said. “So, get 200 stations on Saturday from 1 to 4 and the BBQ Central Show would be on. … I made that attempt a number of times and found out it was very tough to get a show cleared in a market if you haven’t got the show cleared in a previous market. A lot of people said it was great, but didn’t go for it.”

Rempe said he instead decided to further build out his presence online, and the show has grown across all his different channels. Despite some people telling him to make the jump and take his show full-time instead of doing sales for Peterbilt, he thinks it would be irresponsible.

“What I make selling trucks and what I make on the podcast, there is a large disparity,” Rempe said. “I am ‘money motivated’ and I want to do the show and not interfere with my day job. Why can’t I make all the money and be good at selling trucks and keep sponsors and have them support the show and everyone’s happy? … I appreciate the passion of people saying ‘take the risk’ but there’s a risk-reward and I don’t want to put all my eggs in one basket.”

Even without going full-time, Rempe has a dedicated audience with many thousands of listeners each week. Personally, I've been adding the show into my weekly podcast rotations and enjoyed the interviews with big names like "Grill Girl" Robyn Lindars, Malcom Reed, Meathead Goldwyn, and Pat LaFrieda. 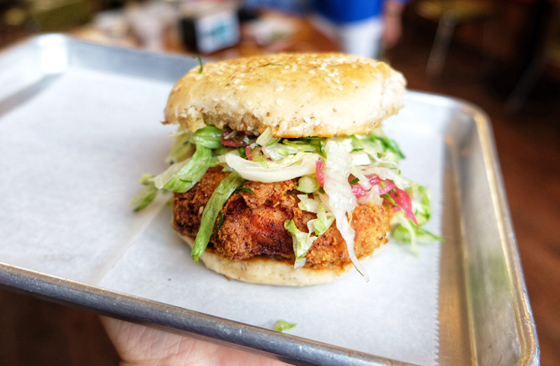 The fried chicken sandwich at Larder may not be barbecue but it’s worth stopping in for any carnivore with good taste.

One last detail from my talks with Rempe was that he recommended that I try the innovative Cleveland deli Larder while I was visiting. He was spot on and the joint’s fried chicken sandwich, pork sandwich, and pastrami were quite good. If you’re around Cleveland, be sure to try it.

If Rempe or myself missed a particularly good Cleveland barbecue joint that you love, please let us know so we can visit the next time we go. And be sure to check out The BBQ Central Show in podcast form or other formats.

If you’ve enjoyed this article, we highly recommend you subscribe to The Smoke Sheet.
August 10, 2019 By Mike Rahel 0 comment How To Cook A Steak: Dry Brined Smoked Ribeye

Are you using salt properly?

Weather Got You Down? Start grilling indoors too.

My Wishlist
You've just added this product to the cart: